Share a memory
Obituary & Services
Tribute Wall
Read more about the life story of Frank and share your memory.

Frank L. Roefaro Sr., age 91, of Utica, passed away on peacefully on Wednesday January 11, 2023, at his home, with the love and support of his family.

He was born on January 30, 1931, in Utica, a son of the late Louis and Maria Antoinette S’Doia Roefaro. He was a graduate of T.R. Proctor High School, and Delhi College, where he earned his Associate’s degree. Frank proudly served his country in the U.S. Navy during the Korean Conflict from 1952-1956. On May 21, 1955, he was joined in marriage to E. Jean Masker in Mt. Carmel Church in Tuxedo, N.Y., a blessed union of 67 years until her passing on May 24, 2022.

Frank was employed by the State of New York in the D.O.T. and O.M.R.D.D for many years until his retirement in 1987. He also was the owner /operator of Roefaro Appraisal Service retiring in 1997, passing the business on to his son Stephen.

He was a dedicated parishioner of St. Anthony/St. Agnes Church, volunteering his time for many years, a Noble Degree member of the Knights of St. John Commandery #385, a member of Tau Phi Zeta Fraternity, The Briskeleers Club, and an IBO Basketball Official for both the men’s and woman’s league for several years, and served as a member and Past President of several organizations, including being the Chairman of the Msgr. Denti Foundation, member of the ARC Foundation, UCP and the Mohawk Valley Board of Realtors. However, his greatest joy came from being the consummate grandparent and spectator for all of his grandchildren’s events. A truly giving man, he will hold a special place in the hearts of all who knew and loved him.

Visiting hours will be held on Friday from 4:00 until 6:00 p.m. at The Scala & Roefaro Funeral Home, Inc. 1122 Culver Ave. Utica. The Knights of St. John will fallout at 5:30 pm Friday evening for ritualistic services. His Mass of Christian Burial will be Saturday morning at 11:00 am in St. Anthony/St. Agnes Church, Utica. Private interment will be in the family plot in Calvary Cemetery.

The family extends their heartfelt gratitude to Frank’s Caregiver’s, Debbie, Michelle, Dorene and Renee for their care and compassion.

To send flowers to the family or plant a tree in memory of Frank L. Roefaro, Sr., please visit our floral store. 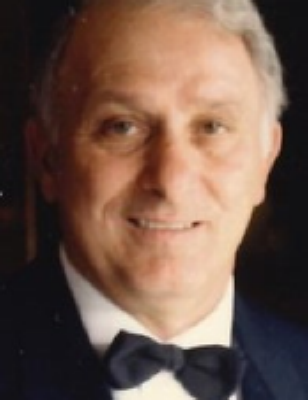