Share a memory
Obituary & Services
Tribute Wall
Read more about the life story of Jane and share your memory.

She was born in Albuquerque, New Mexico on April 14, 1968, a daughter of the late James E. and Frances Giglio Wolcott and was educated in local schools. On July 8, 1995, she was married to Kevin F. Klein in St. Frances deSales Church, a loving and blessed union of 27 years.

Jane was a loving and devoted wife, sister and aunt whose family will forever hold her memory in their hearts.

Surviving are her husband Kevin; one brother and sister-in-law James E. and Tammy Wolcott of Oriskany; two sisters and a brother-in-law Lisa and Scott Lyons of Clayville and Michele Wolcott of Ohio; her stepfather William "Bill" Lytle; her mother-in-law Barbara Klein; her in-laws Juli and Tim Ryan, Colleen Sunderlin and Jim and Robin Klein; her aunts and uncles, Cathy Giruzzi, Adrienne Giglio, Jane Puleo, Robert and Lorraine Giglio, Nick and Sandy Giglio, John and Faith Giglio, Lisa and Jack Malos, Connie Campbell, and Ellen “Mickie” and Dave Bast and several loving nieces and nephews. She was predeceased by her parents James Wolcott and Frances (Giglio) Lytle.

To send flowers to the family or plant a tree in memory of Jane F. (Wolcott) Klein, please visit our floral store. 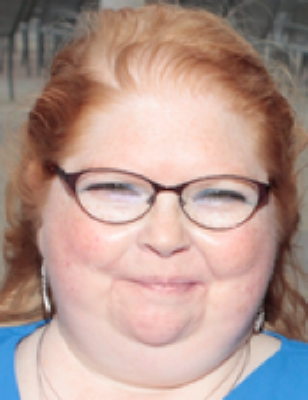