Share a memory
Obituary & Services
Tribute Wall
Read more about the life story of John and share your memory.

John James DeTraglia, M.D., affectionately known as Dr. D., passed away on Sunday January 22, 2023.  He was born on April 21, 1943, in East Utica, the son of Gustave J. DeTraglia Sr. and Teresa Rose DeTraglia.  Later in life, John said that he would have spent his whole life in East Utica had not some adventures intervened.  John was educated in the Utica Public Schools, and with two parents having college degrees, learning was a priority.  He graduated from Proctor High School in 1960, then obtained his undergraduate degree at the University of Rochester in 1964, and his M.D. at Upstate Medical Center, Syracuse in 1968.  During medical school, John was chosen to do a research project with Dr. Joak Han and Dr. Gordon Moe at the Masonic Medical Research Institute. He was selected for surgical residencies at the Cleveland Clinic and University Hospitals of Cleveland.  The final years of his surgical training were spent at the University of Vermont.  In 1973, John returned to Utica to join the general and vascular surgery practice of the late Dr. Theodore Max, who became his partner, mentor, and friend.

In 1987, John helped to establish the trauma center at St. Elizabeth Hospital and served as its Medical Director.  He celebrated his finest accomplishments as Medical Director of Midstate EMS and as Medical Director of the Utica Boilermaker.  He felt a strong obligation to the New Hartford Fire Department and was their Medical Director for many years.  He held board positions at the Oneida County Medical Society, Central NY Academy of Medicine, and Hospice and Palliative Care.  After his retirement, he enjoyed taking and teaching classes at the Mohawk Valley Institute for Learning in Retirement, MVILR.

John established long-standing, strong friendships with his high school classmates, known as “the boys,” his DKE fraternity brothers at the University of Rochester, classmates from MVILR, and many special friends that he and Cynthia made throughout their years of marriage.  John, Cynthia and family enjoyed good times with special neighbors and friends at their Kayuta Lake camp and summers on the island of Martha’s Vineyard.  He loved nothing more than puttering in his workshop, listening to his beloved Yankees on the radio, or enjoying a beer on his Vineyard deck, after hauling in dozens of clams from the Katama Bay.  He beamed with pride watching his grandsons on baseball diamonds, soccer fields, basketball courts, ice rinks and golf courses, or skiing the moguls at McCauley Mountain, or teaching them to drive the party barge.  He loved antique and classic cars and boats, or any project that required a trip to the hardware store.

John loved being a surgeon and many know he loved nothing better than being in the operating room, his second home.  Helen Keller once said, “true teaching cannot be learned from text books, any more than a surgeon can acquire his skill by reading about surgery.”  Not only was John a perfectionist in his operating room, skillfully adapting to any challenge, but he was also personable, a great listener, and empathetic to the concerns of his patients.  He was a comfort to people and counseled them with patience and consideration at the most difficult times in their lives.  He was loved and respected by his peers.  He was simply the best. John always believed that medicine and healthcare were the greatest endeavors, and being a physician was the most noble profession.  But most of all, he was a cherished husband, father, grandfather, brother, uncle and friend who will be deeply missed.

The family wishes to acknowledge the exemplary care of the MVHS hospital staff at both campuses, as well as the incredibly kind Hospice nurses and aides. John felt blessed to have wonderful people caring for him under the direction of the finest physicians.  Special thanks to Dr. Alicia DeTraglia, Dr. Fred Talarico, Dr. Leo Sullivan, and all his colleagues who offered support and comfort to the family.

You can shed tears that he is gone, or you can smile because he has lived.

In lieu of flowers, contributions in John’s name may be made to the Masonic Medical Research Institute, https:/www.mmri.edu; and/or The Mohawk Valley Institute for Learning in Retirement (MVILR) Checks to: MVCC Auxiliary Services, Memo: in memory of Dr John DeTraglia, Mail to: MVCC Rome, Attn: MVILR, 1101 Floyd Ave, Rome, NY 13440); and/or the DeTraglia Family Scholarship Fund at Utica University., https://give.Utica.edu/the-Detraglia-family-scholarship-fund.

His Mass of Christian Burial will be Celebrated on Monday morning 1/30/23 at 10:00 am in Mary, Mother of Our Savior Church (Our Lady of Lourdes Campus) 2222 Genesee St. Utica. Private interment will be in Calvary Cemetery.

To send flowers to the family or plant a tree in memory of John James DeTraglia, MD, please visit our floral store. 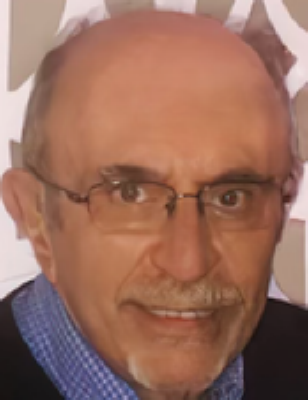 Check made out to : MVCC Auxiliary Services
Memo: in memory of Dr John DeTraglia